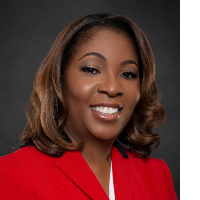 On May 5, celebrate the leadership and skills of our 2020 Champions in real estate development, land use and city-building. The Champions reflect the region’s real estate development industry through the responsible use of land to create thriving communities worldwide. As we celebrate our Champions, we welcome Lisa Gordon, President & CEO of Atlanta Habitat for Humanity and ULI Atlanta Board Chair, to provide some leadership insights.
Lisa is a recognized leader in transformational real estate development efforts creating high-quality public and private legacy projects. Lisa has received numerous awards, including being named as one of Atlanta Magazine’s Top 500 Leaders in 2019-2020 and the Atlanta Business Chronicle’s 2018 Women Who Mean Business. In her role at Atlanta Habitat, Lisa focuses on quality affordable housing, creating community spaces and neighborhood revitalization. Under her leadership, the organization recently completed a $15.5 million capital campaign and launched a $25 million subdivision with a development partner. Lisa also serves as Chair of ULI Atlanta and Co-Chair of the national ULI Diversity Equity and Inclusion Council. Read Lisa's full bio here.
This event is hosted by the Women’s Leadership Initiative – Registration is open to all interested in attending. 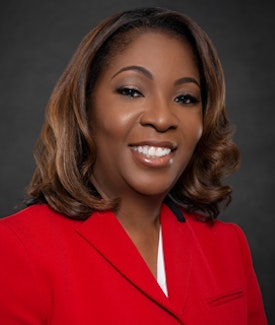 Lisa Y. Gordon, CPA, is President and Chief Executive Officer of Atlanta Habitat for Humanity—one of the top 10 Habitat for Humanity International affiliates in the United States. She is a recognized leader in transformational redevelopment efforts for quality affordable housing, creating community spaces and neighborhood revitalization. Lisa set the nonprofit homebuilder on a new course to become a catalyst for holistic neighborhood revitalization when she joined in 2015. Because of her visionary leadership, Atlanta Habitat is focused on increasing homeownership, investing in targeted neighborhoods, and building the organization’s capacity to preserve quality affordable housing options in Atlanta. As a credit to the organization’s commitment to its mission and Habitat for Humanity International named Atlanta Habitat a 2017 Affiliate of Distinction and the Atlanta Business Chronicle designated it as of One of the Best Places to Work in 2016. Gordon has quadrupled the number of families served in four years and now serves over 200 families annually. Lisa was a leader in urban redevelopment and government service before joining Atlanta Habitat. She served as Vice President and Chief Operating Officer for the Atlanta BeltLine, Inc., one of the largest, most wide-ranging urban redevelopment programs in the United States. Under Lisa’s direction, they opened four parks, developed 11.9 miles of hiking and permanent trails, completed design of more than 50 percent of the trails and transit system, and created a multi-year strategic plan. She has also served as a cabinet member in former Atlanta Mayor Shirley Franklin’s administration, City Manager of East Point, GA and Assistant City Manager of Austin, Texas. Prior to these roles, she worked in county government for 10 years. Lisa earned an undergraduate degree from Georgetown University and holds a Master of Public Administration degree from the Maxwell School at Syracuse University and a Master of Accounting de
View in Member Directory Will open in a new window

ULI Charlotte: How the Pandemic is Affecting Real Estate and Land Use