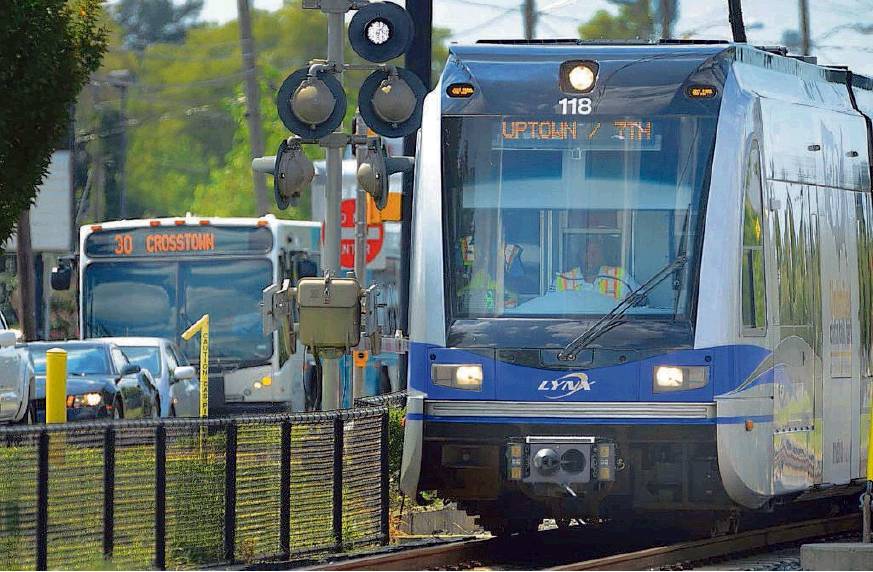 “I have no problem whatsoever that we didn’t get Amazon,” Dodson said. “It would’ve been too much too fast.”

Even though Charlotte was unsuccessful in its bid to land the Seattle-based tech giant, Dodson says the effort was a catalyst to change the way economic development is done in the region.

She calls it the “Amazon effect.”

Next month will mark two years since Charlotte sent its proposal to Amazon. Dodson and other local leaders say that the process created a shift in how the area works to recruit businesses. Charlotte is expanding its transportation system, a key part of what Amazon was looking for, to other parts of the region. There’s also been rapid growth in the tech sector, an area that Amazon said it was lacking in compared to other cities.

To be sure, Charlotte is far from having a transit network like that of Washington, D.C., or matching its tech workforce, anytime soon.

But in less than a year, the city has had a slew of economic development announcements.

Honeywell moved its corporate headquarters from New Jersey to Charlotte, lured by more than $87 million in state and local incentives.

In June, Lowe’s selected Charlotte for a new 2,000-employee global tech hub that will be housed in a 23-story tower in South End. And BB&T and SunTrust announced that they would merge and put the headquarters of their new bank, to be called Truist, in Charlotte.

So, the next time that a company like Amazon is looking for its headquarters, could Charlotte win out?

‘PLAYING TO THE STRENGTHS’

Holly Sullivan, director of worldwide Economic Development at Amazon, led the search for HQ2. She kicked off the opening session of the D.C. fall meeting of the Urban Land Institute by emphasizing the importance of regional cooperation in the company’s decision.

Alexandria and Arlington submitted a joint bid to land the headquarters.

Dodson wasn’t in her role when Charlotte put together its proposal for Amazon’s second headquarters. But working for a prominent developer, Lincoln Harris, and serving on the North Carolina Board of Transportation, she saw the need for that kind of regional effort in landing projects.

“I would beat my head against the wall with where we had gotten to in Charlotte, because it was: ‘my neighborhood, my community, what is my neighborhood getting,’ and not thinking more broadly,” she said. “And that tide has shifted now, over really the past two years.”

The Amazon pitch included 25 locations in seven counties in the region, including the site of the former Philip Morris facility in Concord and Camp North End north of uptown.

Dodson said that list should have been narrowed to a handful of strong sites that were well thought out. Now, she said she talks to developers and landowners about the timelines of their projects, and what companies are looking for.

Cooperation should extend beyond just the Charlotte metro area’s borders, said Darryl Dewberry, chairman and CEO of real estate firm the Spectrum Companies. He said the city is starting to work with Raleigh more than it has in the past.

Unlike Charlotte, Raleigh did make Amazon’s list of finalists.

“There’s been a lot of competition between the two, and that’s a little bit of a disadvantage because the state decision makers are in Raleigh,” he said. “We need to be playing to the strengths of both cities.”

Originally published on The Charlotte Observer eEdition by Danielle Chemtob