On June 6 and 7, a group of approximately 50 district council members and staff from across the country convened in Chicago for a work session on Creative Placemaking (CPM) to kick off 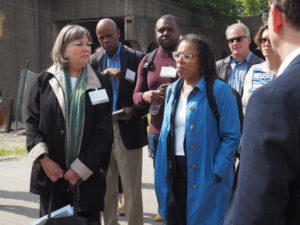 the second phase of ULI’s work in this area.  The Forum was sponsored by the Kresge Foundation and represents Phase II of the excellent work ULI and Kresge have done over the last three years on defining CPM, sharing case studies, and raising the visibility of this development approach as a potent strategy for building community and successful projects. Kresge’s goal is to broaden the use of CPM in communities of every size, economic level, and geography. Creative placemaking is defined by the Kresge Foundation as the deliberate integration of arts and culture into efforts to revitalize America’s most disinvested communities. In the context of real estate development, creative placemaking leverages art and culture early in and throughout the real estate development process, along with proactive engagement with the community, strong design fundamentals, all with a focus on enhancing social equity. 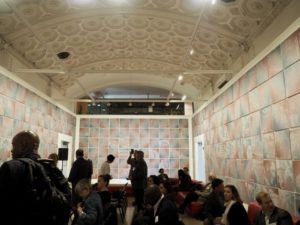 ULI Washington was represented at the forum by the Chairs of the Placemaking Initiative Council, Tanya Stern (Montgomery Planning) and Robert Atkinson (Davis, Carter, Scott Architects), as well as several members of the Council including Ellen McCarthy (Georgetown University) and Francesca Franchi (Little).  Bill Caldwell from EDENS also attended from ULI Washington.  Mike Hickok from Hickok Cole Architects was a subject matter expert at the gathering, and Lisa Rother, Executive Director of ULI Washington also attended.

Over the two days, the participants had an opportunity to meet and collaborate with Theaster

Gates, the 2019 recipient of the ULI J.C. Nichols Prize for Visionaries in Urban Development.  Theaster is the first African American and the youngest person to win the prize.  His creative approach to revitalizing neglected urban neighborhoods—including the reuse of building materials and other items to transform vacant properties into usable space—is what earned him the Nichols Prize.

Attendees toured several of his real estate on the South Side of Chicago including the Dorchester Projects, a cluster of mixed-income apartments and art space including the Listening House, a renovated space housing the entire record collection from the iconic Dr. Wax record store, which closed years ago.  They also toured the nearby Stony Island Arts Bank, a nonprofit arts center, art gallery, archive, and performance space housed in an old bank building that Gates renovated, his studio, and the mill where natural materials are transformed into art pieces and materials for use in building projects, including the Keller Center at the University of Chicago’s School of Public Policy, the site of the forum’s second day of meetings. 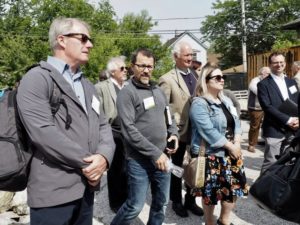 On Friday, participants convened to consider questions about how CPM principles can be incorporated more regularly into the work of developers.  The participants broke into small working groups to discuss the obstacles to using CPM in development and examples of where it has been used effectively.  The findings of the groups will form the basis of a forthcoming publication from ULI that will better make the business case for CPM so more developers will adopt the approach. The goal of the new publication will be to answer developer’s questions about how to fund CPM, how to determine what art and culture elements to include, among others, and to provide an understanding of the potential costs and time associated with adding CPM elements, and what additional returns on the project may be realized.

Letter from the Executive Director

While the summer quiets down with everyone on vacation, activity at ULI Charlotte is far from quiet.